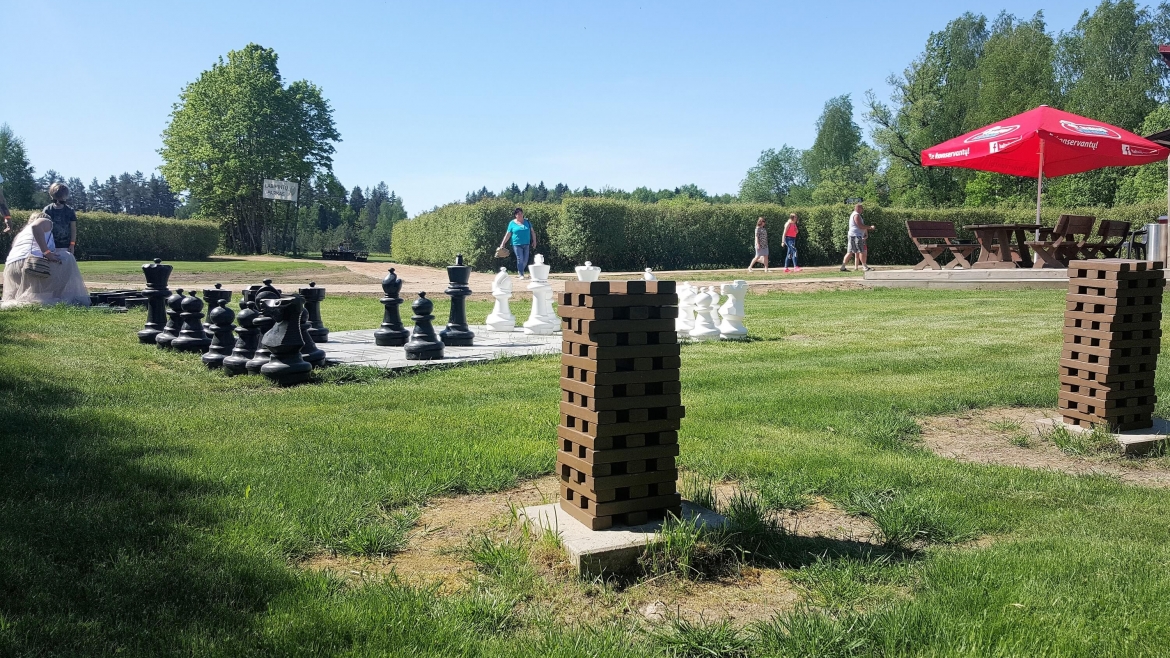 Big Jenga is a strategic, psychological game created by Leslie Scott that also develops physical skills. Probably you enjoyed the game for several times since it is a way to spend your time with fun in the party. In general, Jenga is such a simple but inclusive game that you cannot stop if you started it. Especially when the loser needs to do a task, give a fine or a fortfeit (a thing that one needs to win back by performing tasks), the game becomes even more interesting!

By the way, in order to make Jenga game more impressive we have increased it seveal hundred times! Really! Our Jenga is as big as you are so if you want to remove a block, you need even more skills and more physical abilities, best strategy and involvement. Play it together with your relatives and include all visitors of the park into the game!

The rules are very simple. Each player has to take a block from a tower in turn that the whole tower won’t fall apart. The block you take out has to be put on the top of the tower and in such a way make a tower bigger. The one who destroys the tower loses. Unless… when a game is such as interesting one – all players are winners!

The Labyrinth Park is for genuine smiles!

This website uses cookies to improve your experience while you navigate through the website. Out of these, the cookies that are categorized as necessary are stored on your browser as they are essential for the working of basic functionalities of the website. We also use third-party cookies that help us analyze and understand how you use this website. These cookies will be stored in your browser only with your consent. You also have the option to opt-out of these cookies. But opting out of some of these cookies may affect your browsing experience.
Necessary Always Enabled
Necessary cookies are absolutely essential for the website to function properly. This category only includes cookies that ensures basic functionalities and security features of the website. These cookies do not store any personal information.
Non-necessary
Any cookies that may not be particularly necessary for the website to function and is used specifically to collect user personal data via analytics, ads, other embedded contents are termed as non-necessary cookies. It is mandatory to procure user consent prior to running these cookies on your website.
SAVE & ACCEPT